TARASOV´S GUERNSEY FLAIR was 4th and won the CC at her Lure Coursing debute. 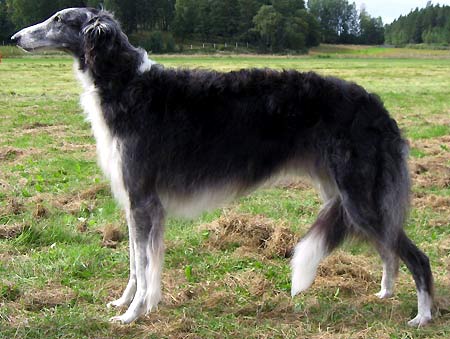 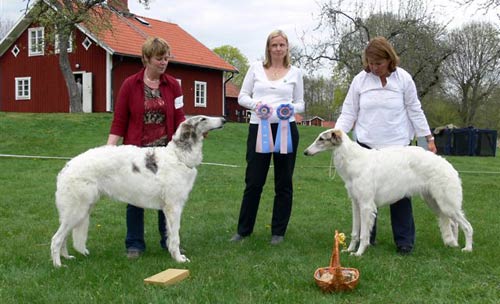 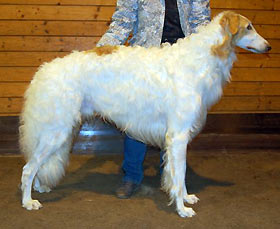 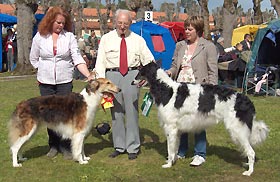 BOS Tarasov's Emir to the right.
ÖSTERBYBRUK 13TH OF MAY 2007, SWEDISH WINNER-2007 SHOW.
CH Tarasov's ﻿Emir was BOS and Swedish Winner -07 with CACIB under judge Maurice Hermel, France, and his son Tarasov's French Vanilla was Best Male-3 with CC from Junior Class. Totally there were 16 males entered (8 Champions).
Unfortunately Emir is flirting with the bitch on the photo. 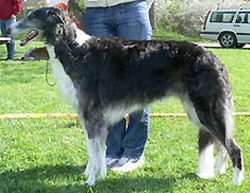 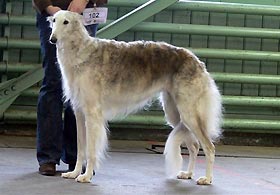 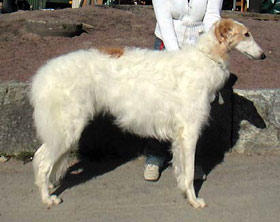 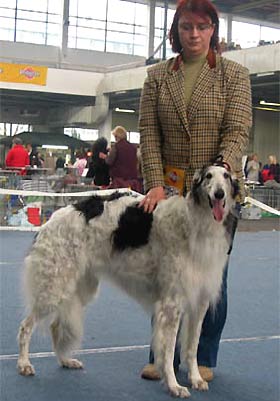 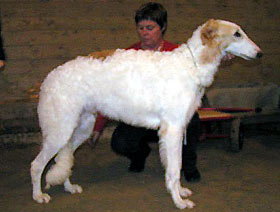 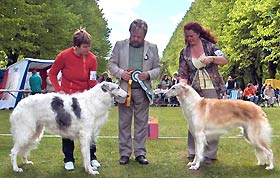 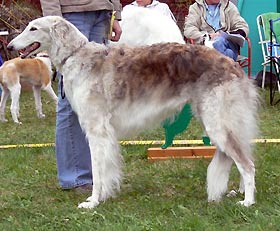 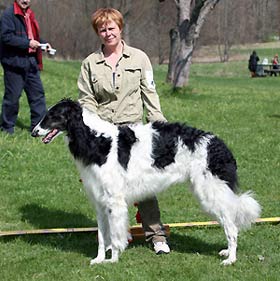