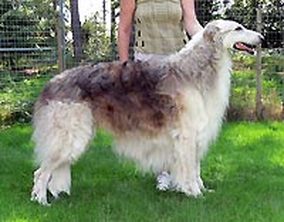 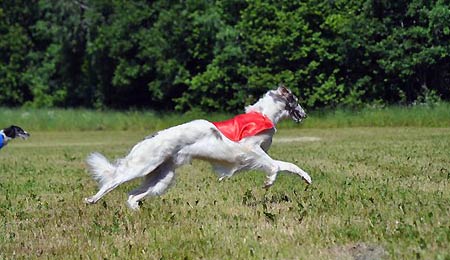 Gasparian and Grey Pearl have had a really succesful summer at the l-c trials. Both of them are qualified for EM in France next year. Both got 3 cacil's each and Gasparian also 1 cacil.
18/10-2009 Gasparian also went BM4 and got CAC at the swedish sighthound show. Judge was Graham Hill, Dimland borzois.
Also Designed By Nature´s offspring at kennel Ulfur and kennel Valhalia has done very well this season. Congratulations!

Lure Coursing 12/7-2009 in Söderhamn - Tarasov's Gasparian won and beat his sister Tarasov's Grey Pearl - both of them got CAC.
It was a great weekend! 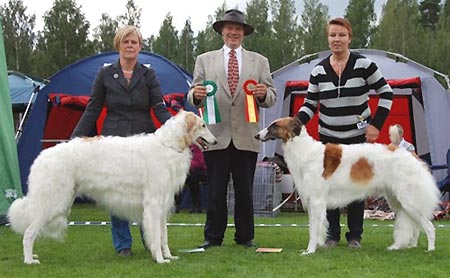 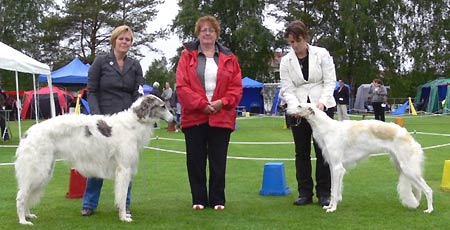 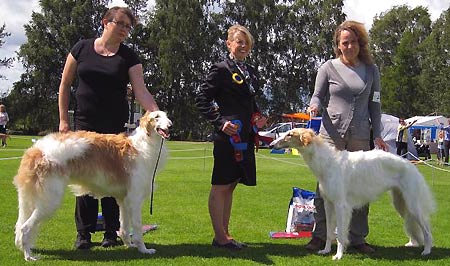 Tarasov's Guernsey Flair to the right 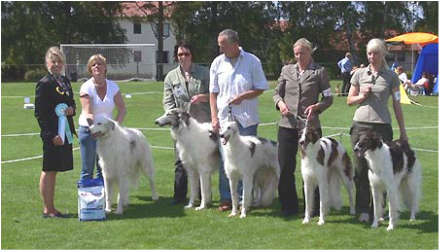 Tarasov's Designed By Nature was awarded BIS Progeny Class.
Progeny Class!
At 31/5 the siblings Tarasov's Grey Pearl and Tarasov's Gasparian had their first Lure coursing trial. They ended up 3rd and 4th.
At 9/5 Tarasov's Guernsey Flair debuted at Lure coursing. She finished up 4th with CAC! Congratulations!
Tarasov's French Vanilla ended up 5th.