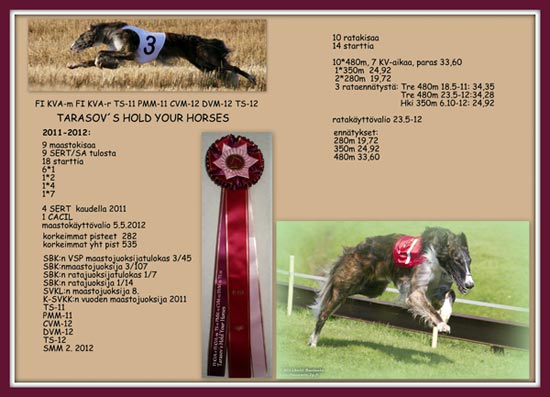 TARASOV'S HOLD YOUR HORSES - have won the most of both lure coursing and oval track.
I am very proud of him. The first Swedish born OVAL TRACK CHAMPION! Well done Tarja! 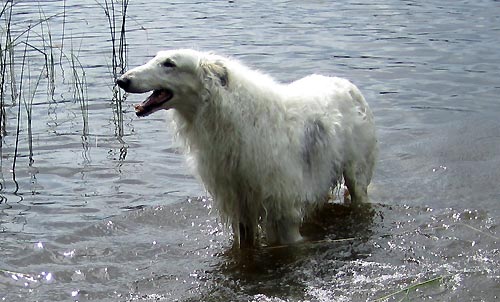 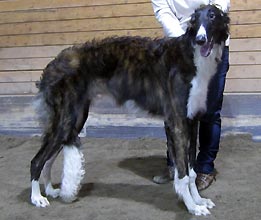 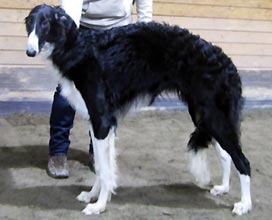 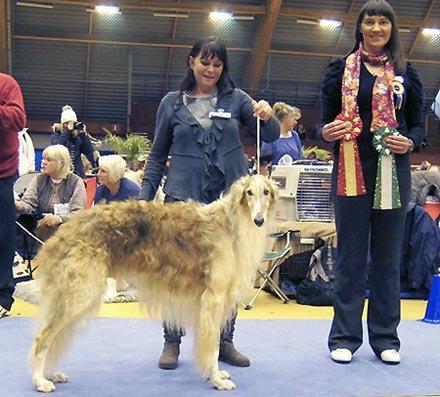 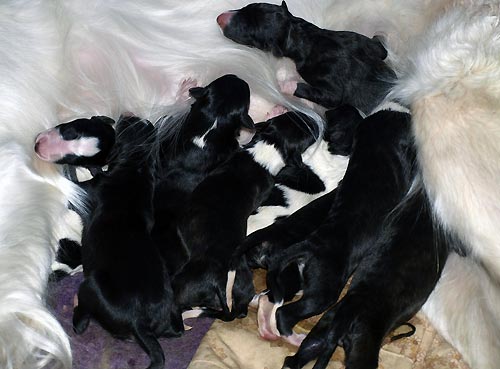 Puppies born 23 February 2012 - Same day the Swedish crown princess gave birth to a new Swedish princess!
They are sired by Teine Art Nouveau and SE LCCH Tarasov´s Grey Pearl. There are 10 puppies, 7 males and 3 bitches. All are doing fine and so is the mother. 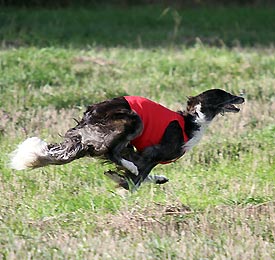 At an international l-c trial in Helsinki 25/9 Tarasov's Gasparian was 2nd with CAC and CACIL
1/10 Jaala Finland at the Finnish master l-c with 52 entries, Tarasov's Hailie Jade was 5th with CAC followed by brother Hold Your Horses at 7th place also with CAC.
Tarasov's Gasparian was 11 th and Tarasov's Grey Pearl at 17th place.
It was a great week in Finland. I will thank everybody that helped and hosted me, I REALLY had a great time! 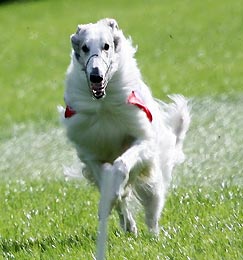 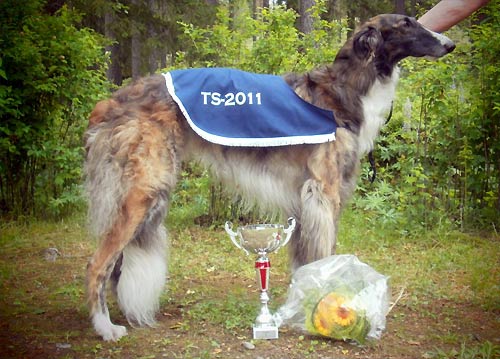 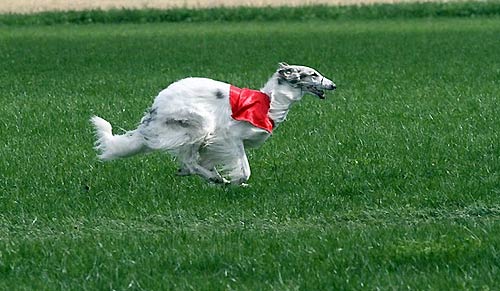 In Holland at the European championship Tarasov's Gasparian did it great by winning both races and ended up at place 13 out of 31 entered males. Well done boy.

26/7 was another great day this fantastic summer.
Tarasov's Gasparian won at the swedish international l-c trial in Norberg and ended up as Best In Field over more than 70
entries!!
What a fantastic year!!
9/7 at a swedish national l-c trial my co-owned bitch Tarasov´s Habanera did a hattrick by winning 3 trials in a row with CAC and also became best in field for the second time this year. Also Tarasov´s Guernsey Flair did well and ended up as number 3.
Congratulations to Kristian and Bibbi! 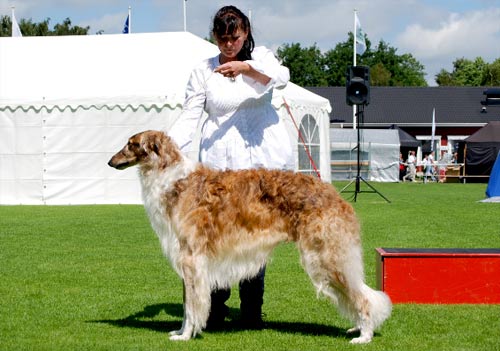 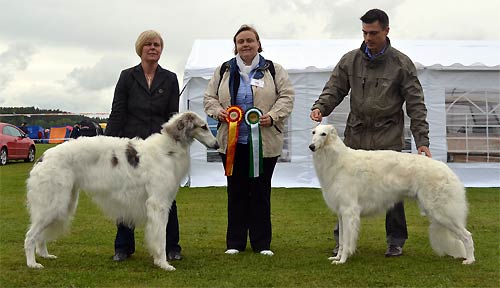 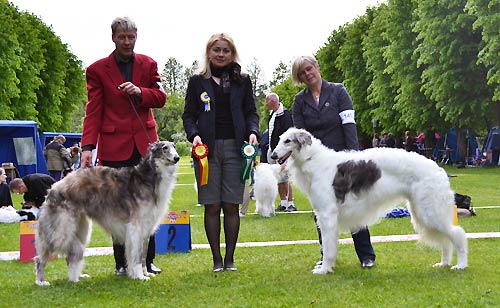 DUAL CH TARASOV'S GASPARIAN was BOS at SKK's nat. show in Österbybruk 28th May 2011.
Judge was Mrs. Inga Siil, Estonia.
On thursday the 19/5, TARASOV´S HOLD YOUR HORSES entered his first oval track competition. He won and got the new TRAC RECORD, 480 m 34,35 sec.
Fantastic! Sunday the 22/5 he also entered a l-c trial and won again and became BEST IN FIELD - WOW What a guy!!
A LOT OF congratulations to owner Tarja Mäkinen!
AT A NATIONAL L-C TRIAL IN HJÄLTEVAD, SWEDEN - Tarasov's Habanera did it again - she won over 17 entries with CAC and 87,75 p.
Hugh congratulations to co-owner Bibbi and Kristian. 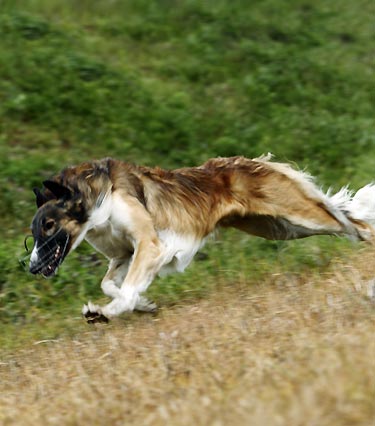 Tarasov's Habanera
FIRST L-C TRIAL FOR THIS YEAR WAS THE NATIONAL L-C TRIAL IN SJÖBO 9TH OF APRIL.
My co-owned bitch, Tarasov´s Habanera made her debut and did a great job by winning
over 26 enterd dogs. She got CAC and 85,5 p. Congratulations to Bibbi and Kristian-
Well done!
Dual CH Tarasov´s Gasparian ended up at 5th place with 82,5 p. followed by his sister SE LCCH Tarasov´s Grey Pearl on 6th place with 81,5 p.
It was a great day!
PUPPIES PLANNED SPRING 2012 - sire: Teine Art Nouveau - dame: SE LCCH Tarasov's Grey Pearl.
This exciting mating will hopefully produce beautiful and fast running puppies. Grey Pearl is ranked 4th at the Europeian rankinglist of 230 borzois. 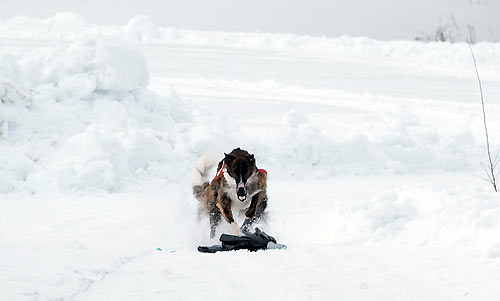 Tarasov's Hold Your Horses entered his first l-c trial in Mustiala Finland 13/3-11. There were 20 males entered and Humma did a great job by winning with 535 points, 68 points more than the second placed male. He also got more points than the winning bitch. What a start!!
I am so proud of both Humma and Tarja. Great job both of you! 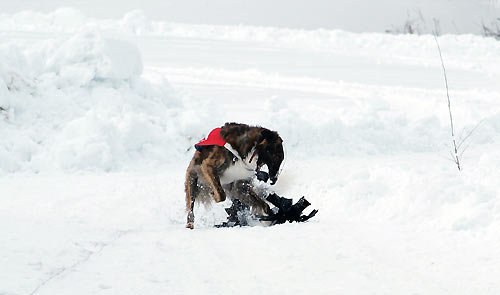